We will visit all the important places connected to the Kerr clan.

Beginning in Melrose we will visit Bowden Kirk and see the Kerr burial vaults, Cessford Castle (Hobbie Kerr’s cave weather and terrain dependent), then depending on customer choice we will visit Ferniehurst Castle or Floors Castle.

Full day stopping at Kelso or Jedburgh for lunch (not included)

For multi -day tours please select all consecutive days that are required!
Prices will be displayed when dates are selected.

We start our tour with a visit to the small village of Bowden near Melrose.

In Bowden we will visit the village Kirk (Church) where will see at first hand the burial vault of the Carr/Ker/Kerr family.

The Kerr family connection in this area stems back to the 15th century where Isabel Ker (originally from Cessford) commissioned the rebuild and extension of a ruinous castle once owned by the abbot of Kelso.

The building became Castle Holydean and was inhabited for over 2 centuries by the Kerrs, becoming the seat of the Duke of Roxburghe before moving into their modern home of Floors Castle.

Not much is left of this castle after it was destroyed in 1760. The ruins are incorporated into a farm stead and is not easy accessible.

Our next port-of-call involves a 20 mile drive deep into the Borders countryside to visit Cessford Castle.

Cessford Castle was regarded as the principle seat of the Kerr family, where such titles held by the Kerr family were held – Baron Ker of Cessford & Marquess of Bowmont and Cessford.
Also the Kerr family held positions of March Wardens in this area.

On the looks of this positioning you may wonder why such a castle exists out here. But a look to the south, just over the hill is England.
As you will see this castle is a formidable and a great defensive structure and it was build deliberately this way for the threat just over the hill.
It should also be noted that is wasn’t just build this way from an English threat, other Scottish families were also a cause to protect your tresures, livestock and family.

The castle was abandoned in 1650 where the family moved to other areas of the Borders into more modern style homes as a quieter way of life came about and the Border Reivers way of life died out. 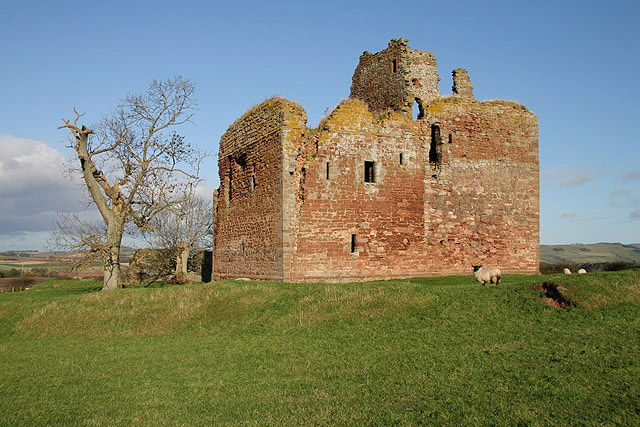 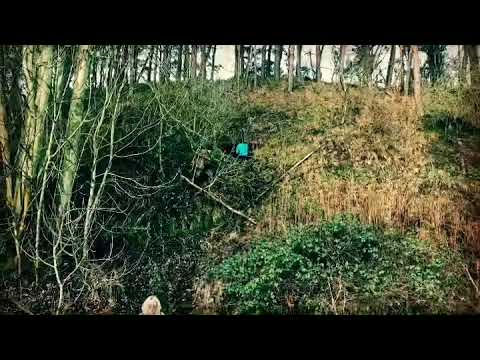 Nearby is Hobbie Kerrs Cave

We may take a walk deep into the wilderness to visit this cave. This is all dependant on weather and terrain as this is well off-the-beating track and involves a bit of climbing to experience the cave in its full.

There are many stories involving the Kerrs to this cave and one particular Kerr individual.
Was it a hide-out, was it to store treasure?

Find out more about this cave in Marks Video (Link)

As time permits we can only visit one of the following 2 places. You will be able to select the destination.
An entry fee will be charged for these places!

Ferniehirst has long been a place associated with the Kerrs, adapted, rebuild and extended as times and the environment has changed.
Currently it is a residence of Baron Kerr of Monteviot.

The castle has seen many conflicts over the years from the wars of Scottish independence, mainly during the Rough Wooing. (Marks Video Link)

This castle was again abandoned in the 18th century but reconstructed in the 19th century as a residence where it has served purposes such as troop billet and a youth hostel.

There is a striking difference in looks of this building compared to Cessford Castle. Although there once stood a great defensive tower on the grounds it shows how the times moved to a more peaceful aspect, where luxury and good living overtook the need to live in a defensive capability. 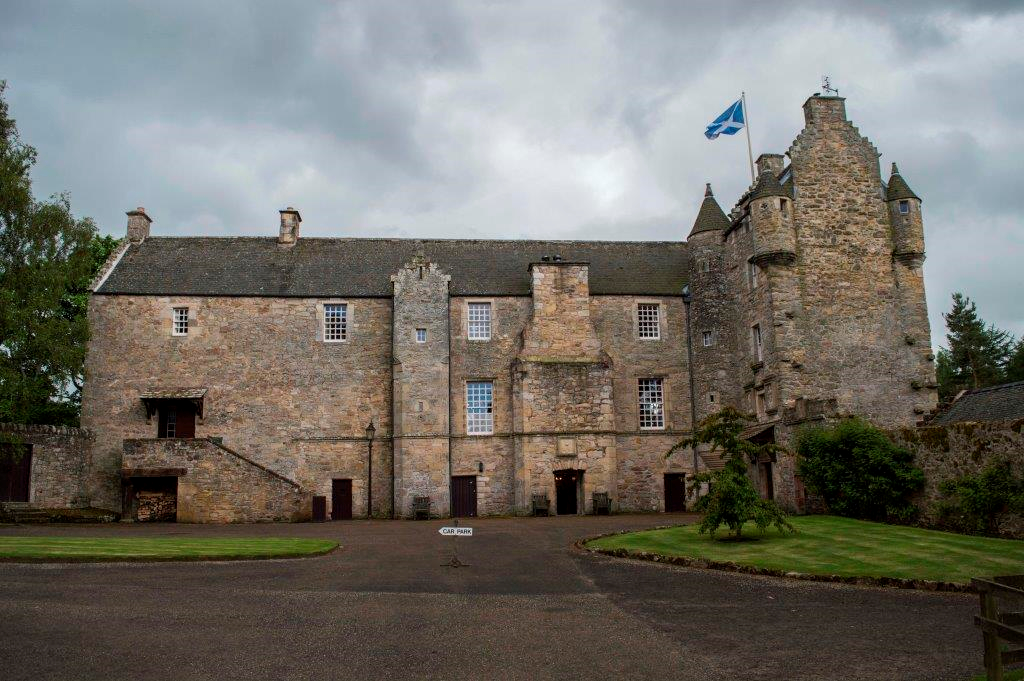 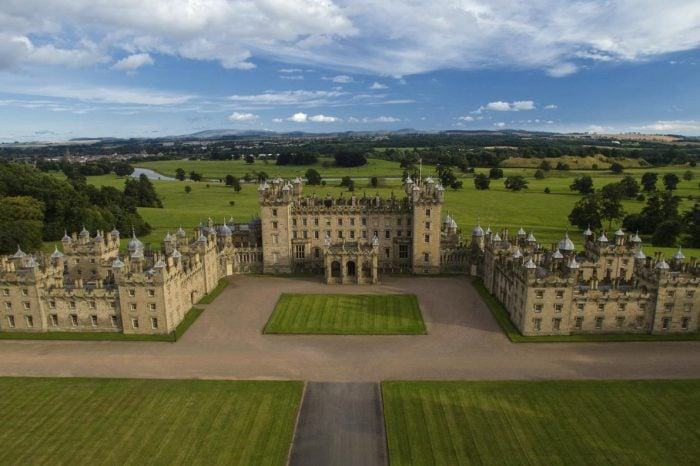 Floors Castle is situated in Kelso. Build in the 1720s on the lands once owned by the abbots of Kelso.
The Castle also sits in the shadow of Roxburghe Castle which was once regarded as the capital of Scotland in the 12th and 13th centuries.

The castle is the seat of the Duke of Roxburghe and the current Duke is Charles Innes-Ker.

This castle is by no means defensive one bit, although there is speculation that a tower once stood on the site. It is more a country house built with grandeur and splendored to show dominance and wealth.

Previous owners have extended and imprinted their mark on the building over time to reach its spectacular state it is presently in.
There is a wealth of information and exhibits within the castle of the story of how the Kerrs became so powerful throughout the world.

The castle has been used as a film location for many films, the most stand out film is Greystoke: The Legend of Tarzan.